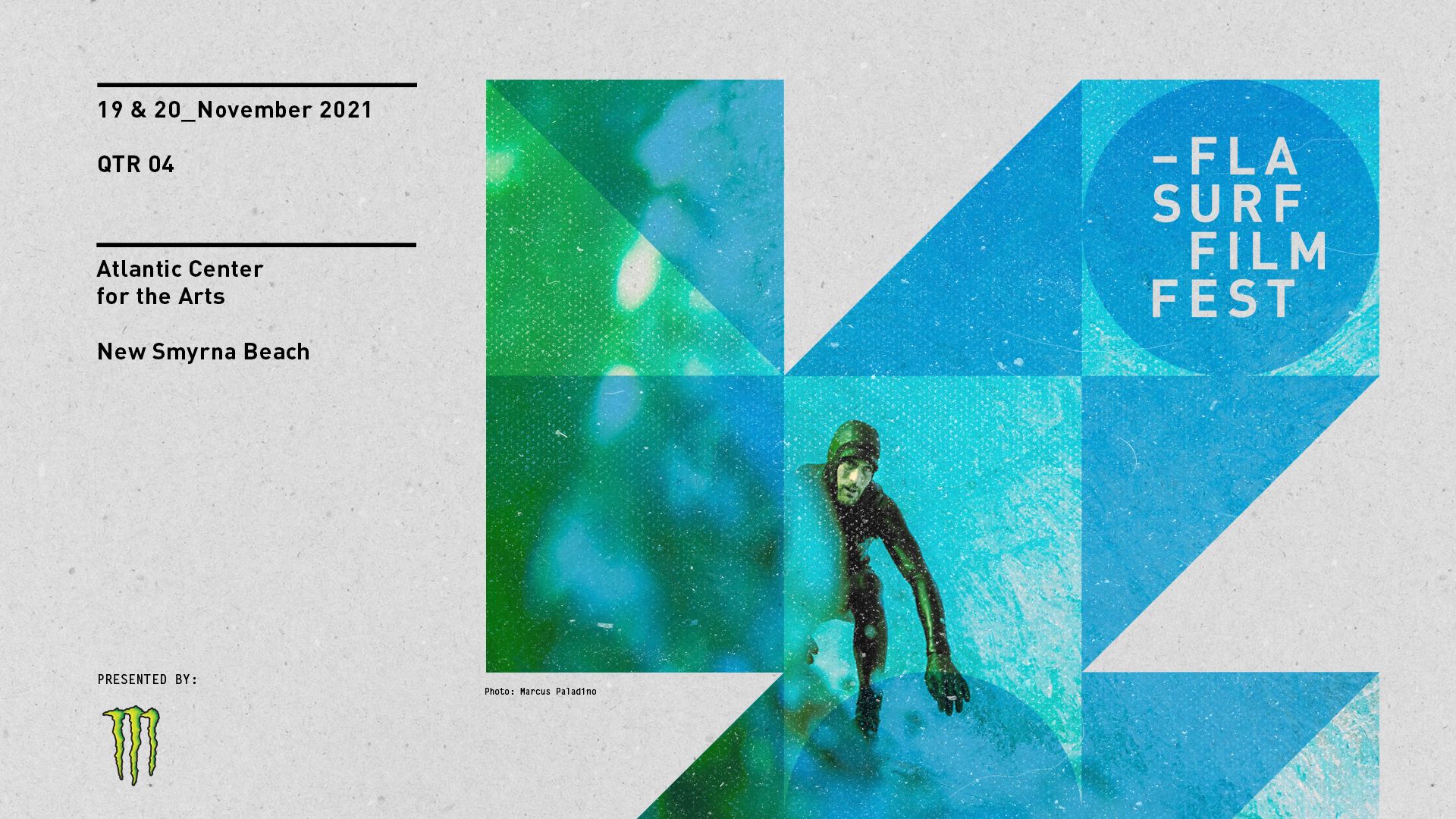 New Smyrna Beach, FL – Florida Surf Film Festival (FSFF), presented by Monster Energy, is proud to announce official selections for the feature and short documentary categories for its final installment of the 2021 festival on November 19th and 20th at Atlantic Center for the Arts, in New Smyrna Beach.

Filmmakers in attendance include Jack Coleman with his new work Polysun, a 32-minute ride-anything look at Joey Bookout, scored by the self-titled 1976 album from Relatively Clean Rivers.  It’s Coleman at his best with his pure joy approach to surf films.

Isaac Halasima, director of Waterman, a sensational documentary of Duke Kahanamoku’s life and legend, will be in attendance to present his work and answer fans questions about the incredible journey of documenting the father of modern surfing.  (Producers, David Ulich and Dr. Steven Ungerleider – The Foundation for Global Sports Development & Sidewinder Films)

We are extremely honored to serve as the world premiere of the 50th anniversary screening of Albert Falzon’s masterpiece Morning of the Earth, which has been digitally remastered in 4k from its 16mm original stock. Restoration producers Justin Jarchow-Misch and Wyatt Daily, will be in attendance to discuss the challenges of honoring Albert’s beautiful, timeless work.  In fact, Wyatt will have a short film of an interview with Albert set to yet unseen footage from the B roll footage.

Festival selections screened during February 2020, June and August 2021 are also included for competition. They are listed below.

Check our website for an updated schedule, but here’re our estimated screen times:

Included also for competition, but screening on February 5, 2022, will be For the Dream, a documentary about the essence of Ben Gravy’s approach to surfing and his quest to ride a wave in all fifty states.  Look for more information in Early January.

Previously screened films during 2020 and 2021 included for competition:

We recognize the difference between Best Documentary and Best Surf Movie.  Those who approach the art form by documenting, a character, locale, etc. with personal interviews, historical footage, and anecdotal clips will be in competition for Best Documentary, and those movies focusing on the high performance, action-driven sequences will compete for Best Surf Movie. This award will be extended to short films as well. In addition, Best Cinematography and Best Soundtrack will be awarded for both feature and short films, along with a Viewers’ Choice award.

We are proud to have Monster Energy serve as our presenting sponsor for this year’s festival, providing travel and lodging for the filmmakers who attend the festival.

We will be featuring beer from the fine folks @per

We will be outdoors tonight in the amphitheater so